ESOS enforcement is still a priority for the EA

The Environment Agency (EA) has reported that enforcement notices are still being served on obligated companies that have failed to comply with requirements of the Energy Savings Opportunity Scheme (ESOS).

At the end of April, 353 enforcement proceedings against non-compliant companies have been issued with around 160 more expected in the next three months. Furthermore, the EA has already issued 27 initial civil penalty notices and seven notices of intent. According to EA figures, up to 7% of obligated companies failed to issue compliance notifications.

Phase one of the ESOS regulations applied across the UK for obligated companies with an absolute deadline for submission on 29 January 2016. Since this date the EA has informed companies that have failed to comply of potential enforcement action.

A tough stance on non-compliance

To date, the EA has received 6,841 compliance notifications. The EA had previously announced a tough stance and clarified how they intend to enforce the legislation with penalties ranging between £5,000 and £50,000 plus £500 per day thereafter (up to 80 days).

Earlier issues of low awareness and lack of time to prepare, especially for smaller organisations, was dealt with by the EA with an initial extension to deadlines.

The ESOS process demonstrates that simply requiring the senior management of a company to sign-off their ESOS compliance pack really works to raise the profile of energy efficiency within an organisation. It encourages businesses to think about what actions they could take to perform better and bring about firm energy efficiency behavioural change.

Thanks to an ESOS audit, many companies now have powerful business cases for energy savings. However, since participants are not required to notify the EA of any changes or investments made as a result of ESOS audits, it is difficult to judge how well the scheme is actually improving energy efficiency or interest in it; or indeed to go beyond low cost options.

Evidence appears mixed.  In 2016 the EA noted that just 39% of participants voluntarily declaring actions they had taken following ESOS audits had set quantitative targets and/or benchmarks.

ESOS compliance runs in phases, with assessments required to be repeated every four years. With phase one now complete, the deadline for phase two is 5 December 2019.

Importantly, if your organisation complied with ESOS phase one, the resulting report cannot be simply used again for phase two, rather the assessment process will need to be undertaken again. If, however, an energy management system has been set up based on the findings in phase one and this system is certified to ISO 50001, then your organisation will automatically meet the phase two requirements.

Due to the last-minute rush that was experienced with phase one, organisations are advised to think about phase two early, especially so that they can benefit from the identified energy savings sooner rather than later.

We are advising organisations to act now as this will enable them to spread the cost of meeting their obligation, capture the required data in real-time rather than retrospectively and importantly source an assessor who is best suited to their organisation.

The longer-term future of ESOS remains unclear. At the moment, there are a wide variety of regulations including Energy Performance Certificates (EPCs), Display Energy Certificates (DECs), whole business energy through ESOS and CRC, electricity purchase through CCL, heat through the EU emissions trading system (EU ETS) and heat network regulations.

Sectors are covered through Climate Change Agreements (CCAs), Greenhouse Gas (GHG) reporting, mandatory GHG reporting and non-financial reporting. A government review of this complex policy landscape has already resulted in a decision to scrap the CRC after 2019 with a move instead to rely on CCL.

We will also need to know much more regarding the UK’s future relationship with Europe before we know what the implications might be on environment-related legislation and regulation. This has yet to be agreed, but a modified form of ESOS is thought to be a strong contender in time for phase two deadline in 2019.

How we can help

The good news is that Ecosurety can help your organisation if you receive any notifications from the EA regarding non-compliance. Plus if you sign-up early for phase two, which has a deadline of 5 December 2019, there is an opportunity to spread the cost of ESOS compliance, no matter what any modified ESOS legislation may look like. 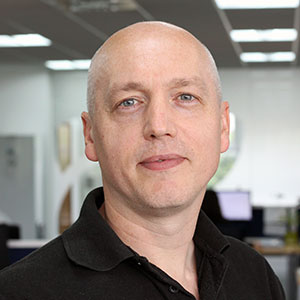