2021 WEEE regulation consultations - what to expect

The consultation for reforming the UK’s waste electrical and electronic equipment (WEEE) regulations is on track to be released in the second quarter of this year.

The aim of the reforms, as stated in the 2018 Resources and Waste Strategy, is to “incentivise more sustainable product design, increase recycling and ensure alignment with the wider Extended Producer Responsibility framework.”. This has been a long time coming with the last consultation process and regulatory change back in 2013 - since then it has been continually highlighted that certain systemic issues need to be addressed.

The current legislative powers act to set targets for the collection, recycling and recovery of WEEE with a statutory motivation to divert e-products from the residual waste stream. Although the responsibility to fund WEEE collections via market-based fees legally rests with the producer, they are not obligated to materially treat it. Similarly to the battery producer responsibility framework, distributors of EEE products are also required to provide take-back from consumers.

There are a number of broad issues that will need to be addressed in future legislation, which all culminate in a system-wide disparity of low collection rates coupled with increasingly high placed-on-market (POM) data. For instance, national figures from 2019 estimate that 42% of WEEE was treated through official producer responsibility channels, 34% was treated but not reported and the remaining 24% was disposed in landfill. This article briefly outlines the broadest pertinent issues and anticipates how we might expect to see them presented in the upcoming consultation process.

Presently, there is a general problem surrounding household WEEE items being disposed into landfill. Due to consumers either not being aware of how to recycle their old electronics, or it being too inconvenient to, a sizeable tonnage currently enters the residual waste stream.

It is probable that a key focus in the consultations will be on increasing convenient collections to tackle this, for both B2C and B2B consumers. For context, 19 Member States in the EU provide free-of-charge collection of WEEE through EPR, so there is precedence for the UK to do the same. In the consumer arena, although retailers are to an extent obliged to take back old electricals, an expansion of this (such as free take-back on delivery) will likely be scoped.

Hoarding is also a well-documented issue for B2C products. Consumers are likely to keep their old electronics for a long time, in part due to data protection concerns. However, the longer a WEEE item is stored the lower its residual value becomes, as does the likelihood of it being re-used. This may well be tackled by increased collections as above, but should similarly be discussed in relation to better and more visible consumer awareness campaigns.

Known as ‘leakage’ from the WEEE recycling system, used EEE and re-use networks are undoubtedly a positive contributor toward a more circular economy. However, these activities are ungoverned in the current system and are therefore an unknown quantity within WEEE flow figures, further skewing data. 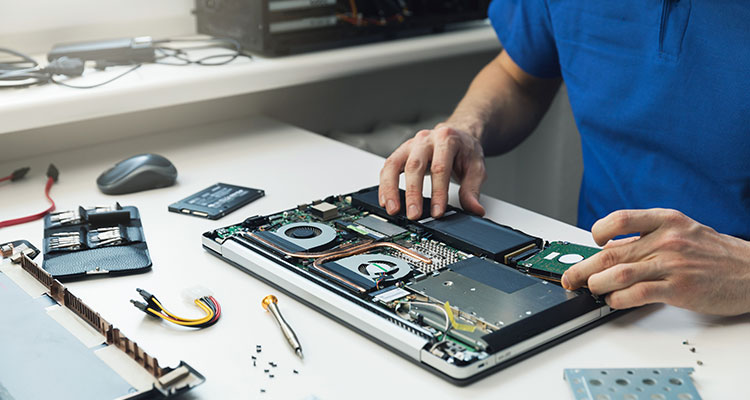 Similarly, exporting of WEEE or used EEE, both legally and illegally, has been criticised as being unquantified and somewhat unregulated. To reduce leakage and to improve transparency, improved governance and enforcement, alongside better reporting, is expected to feature in upcoming regulatory reform proposals.

Another issue arises if a WEEE item is given to an Approved Treatment Facility (ATF), by a householder or business owner. It is then categorized as unobligated waste as it has not been collected via a compliance scheme and treated by an Approved Authorised Treatment Facility (AATF), which is authorised to issue evidence on it and report it into the system. WEEE treated by an ATF is therefore unreported. Improved and more visible access to the producer responsibility system could reverse this, and how this can be achieved will likely feature highly in the consultations.

‘Free-riding’, particularly by online-sellers, leads to inaccurate POM data which in turn reduces both the national recycling obligation and, indirectly, the total WEEE recycled.

Increasing regulation and enforcement of e-retailers and online selling platforms will undoubtedly be present in the consultations, particularly considering increased online sales in the last year. Free-riding generally is an issue that needs to be tackled by increased enforcement and governance, for successful EPR.

Improving the lifecycle of equipment

Head of Policy, Robbie Staniforth, commented on the future of WEEE policy reform “While the current regulations have been successful in putting e-waste recycling onto a more formal footing, further improvements will not be possible without significant upgrades to the law. The next phase of producer responsibility must look beyond recycling towards improving the lifecycle of equipment."

"Promoting new business models that allow producers to take greater direct responsibility for the equipment they sell should be a top priority alongside engaging citizens to understand the consumption actions they should take.”

As always we will update our members on future consultations and legislative reform. In the meantime, if you have any questions about future WEEE producer responsibility, please contact our team.