Results from Wales’ first kerbside Deposit Return Scheme (DRS) pilot over the summer have shown consumers to be highly engaged.

The results from the pilot, which ran in Conwy, North Wales have shown 97% of registered households returning at least one bottle over four weeks.

During the joint initiative between technology supplier Polytag, the Welsh Government, Conwy Council, Ecosurety and Wrap Cymru, residents in Colwyn Heights, Conwy were asked to scan the bottles when placing them in their usual kerbside recycling containers, using a free app. The bottles were scanned again upon collection by Conwy County Borough Council’s household waste recycling team. 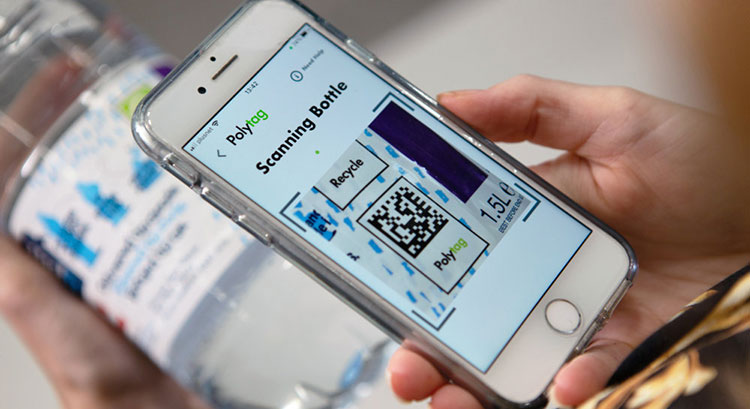 For each bottle scanned, householders received a digital token, each worth 20p. The results prove to Governments and brands that consumers would be engaged in a scheme of this type. Over four weeks, 90% of registered households scanned four or more bottles, with 73% scanning all six.

The Conwy pilot leveraged Wales-based start-up Polytag’s digital DRS ‘tag and trace’ technology. The innovative recycling platform enables brands to describe the packaging, then to ‘tag’ their packaging at the point of manufacture and with the help of consumers ‘trace’ it, so it can be isolated from the existing recycling waste stream and reprocessed in an optimal way to retain high value plastics and minimise downcycling. All consumers are required to do is scan a small QR-type code on a product’s packaging.

Traditional Deposit Return Schemes (DRSs) are commonly based on a return-to-retailer model, with extensive use of reverse vending machines and separate DRS counting centres managing the flow of material from the consumer to the recycling plant.

However, Defra estimates a deployment cost of more than £6bn over 11 years, while they are also viewed as being inconvenient for users and retailers. DRSs are also typically carbon intensive as they rely on households driving to a reverse vending machine and the manufacture and installation of the machines carries a large carbon footprint. 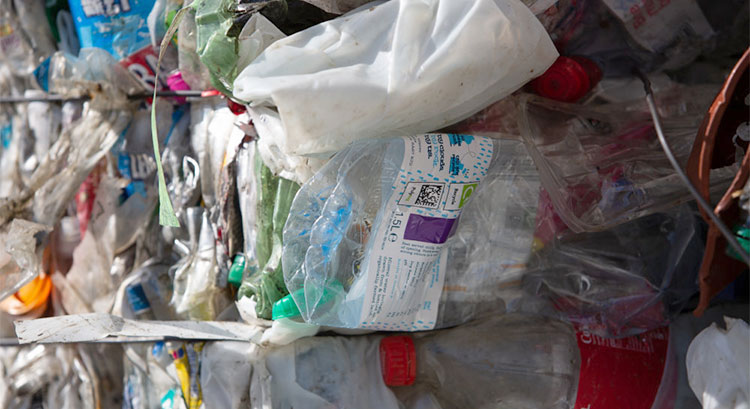 Kerbside DRS in comparison is more convenient for households because it can leverage the existing council kerbside recycling processes, which increases engagement, as demonstrated by the Conwy pilot. It can also provide the participating brands with extensive data on the recycling of their containers.

Using data from a report published by the Irish Waste Management Association, it is estimated that in Wales, the net benefit in terms of carbon emissions derived from adopting kerbside DRS over a conventional DRS would be approximately 13,000 tCO2e per annum – the equivalent to burning 6,500t of coal each year.

One step closer to a circular economy

Ecosurety innovation and policy director Robbie Staniforth commented "DRS systems in the UK are being implemented at a time when storing containers to take to a drop off point doesn't work for all citizens. Online grocery shoppers, for example, enjoy the convenience of recycling at their doorstep. These trials are an important step towards ensuring that we implement the right systems for the 21st century."

Lee Waters, Deputy Minister for Climate Change, said "This has been a really encouraging pilot project that we will learn from as we work towards rooting out waste and reusing as much as we can as part of our efforts to tackle climate change. Digital Deposit Return Schemes, like this one deployed in Colwyn Heights, help Local Authorities, brands and regulators to monitor recycling rates, so they can better understand the habits of households. By using these new technologies we are one step closer to creating a truly circular economy."

Alice Rackley, CEO of Polytag, added "As we move closer to implementing a nationwide DRS, it is vital that brands, retailers, government and technology suppliers work together to find the most convenient way for consumers to recycle containers. We firmly believe that kerbside-based collections are the most effective way to achieve real change whilst delivering significant benefits to brands. This has now been proven in two trials, the latest in Conwy, where engagement was 97%, and in Greasby on the Wirral where we saw 91% of tagged packaging successfully recycled."

"We are hugely grateful to Conwy County Borough Council for their invaluable support throughout the pilot. The team has been instrumental in getting this initiative off the ground and it couldn’t have been delivered without their buy-in and commitment."

"This is echoed by the enthusiasm shown by the Welsh Government towards this recent pilot which further demonstrates how committed the country is to deliver a successful DRS – it’s no surprise that Wales is the third best in the world for recycling. We hope that their approach is followed by the other devolved nations and the UK government, as they consider the next steps in deploying the scheme."

Consultation on the introduction of a deposit return scheme in England, Wales and Northern Ireland is now closed, with the results expected to be announced later this year.

The full report on the pilot can be downloaded here on the Polytag website.

A Deposit Return Scheme is coming

The DRS is one of the key measures outlined by government in the 2018 Resources and Waste Strategy and in England is scheduled to be implemented after other Extended Producer Responsibility measures, most likely in 2024.
Find out more