In just over one year, a pilot introducing food waste recycling, textiles and small electricals collections on four estates in Lambeth, has defied the barriers to recycling commonly ascribed to households without standard kerbside collection.

Funded by the Ecosurety Exploration Fund and ReLondon, the pilots were based on in-depth resident insights and run by ReLondon together with the London Borough of Lambeth and Peabody to explore new ways of increasing recycling from purpose-built flats.

A new report released this July by ReLondon has revealed the formula used to help the London Borough of Lambeth and Peabody to achieve increased recycling rates.

By adding food waste collections, refreshing and relaunching recycling facilities; and communicating with residents to make the right choices around recycling, four estates achieved increased capture rates of dry materials, a 152% increase in recycling rates, a 45% reduction of food waste thrown away in the residual waste, and an average of 35% of food waste being put into the right bin. The results were mainly driven by high food waste capture rates, which in some cases were comparable with those seen in local authority kerbside collections. 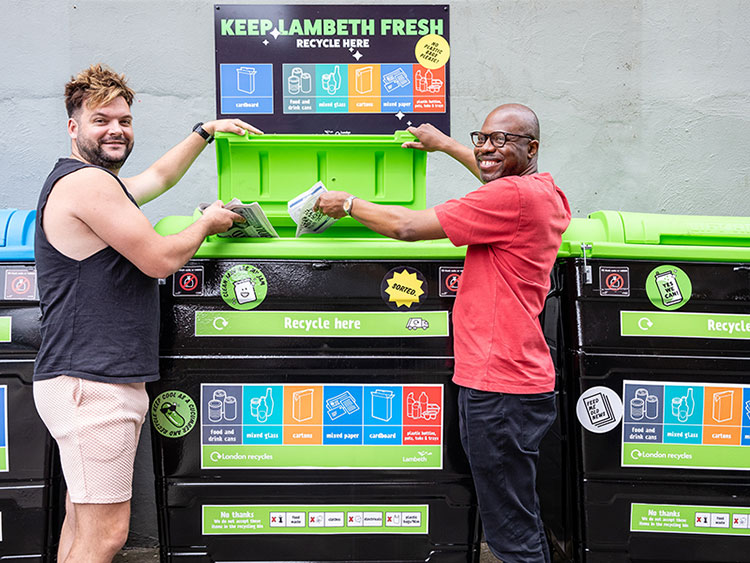 The right tools for the job

To ensure maximum results for the pilots, the project team built on its previous research and intervention on London’s estates by introducing regular collections of used clothes, placing brightly coloured bins for small electrical items, new bins for collecting large cardboard packaging food waste recycling, and residual waste bins on all four estates. All the waste streams were co-located to make it easier to recycle a range of materials at once.

The interventions were designed to simplify recycling and motivate residents to recycle, whilst improving their knowledge around what can and cannot be recycled.

Commenting on the results of the project, ReLondon said the detailed waste composition results conducted before and after the pilots tell a compelling story: the residents on these estates are recycling more, in large part due to being given the opportunity to do so – which shows that Londoners really want to do the right thing and will do so when given the chance. 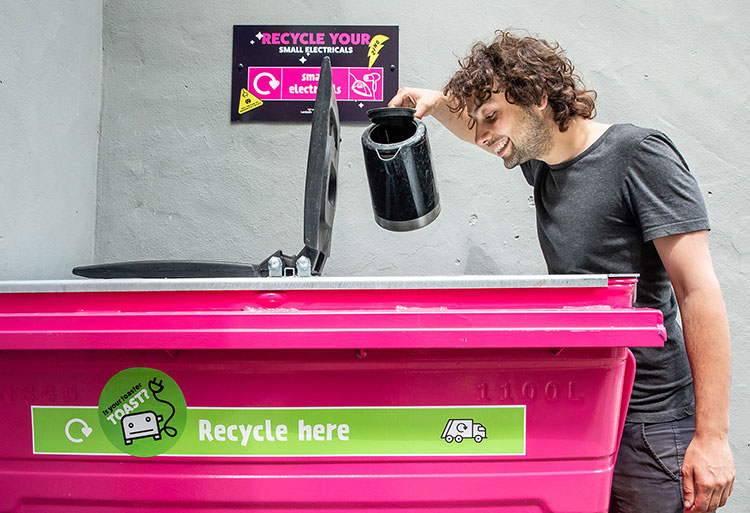 Gareth Morton, Discovery manager at Ecosurety, said: “We are delighted that this project we supported through the Ecosurety Exploration Fund has seen excellent results.

“The outcomes of this project prove that when awareness and support are created, and suitable tools are provided to make recycling easier, then waste reduction is possible.

“Hopefully, this report will serve as a blueprint to help other communities across the UK to introduce or improve their infrastructure and communication to flat residents and to boost their recycling rates.”

Beyond the pilot project

The report will be followed by an updated Flats Recycling Package toolkit for local authorities to use as they implement the Government’s collection and packaging reforms. This will be made available beyond Lambeth and London, to local authorities throughout the UK grappling with low recycling rates from flats.