Detailing the tangible impacts on UK recycling that Ecosurety has achieved on behalf of its members, the second edition of the impact report demonstrates a commitment to go far beyond compliance

Released this week and detailing the positive impacts that Ecosurety has achieved over the last year in the four key areas of education, infrastructure, collaboration and innovation, the 2018 impact report contains the projects and achievements that Ecosurety has invested in and supported on behalf of its members.

The report highlights a core belief that it is the impact-focused actions of today that will help to build a more transparent, resilient and sustainable recycling system for the future. It follows a rollercoaster year in the compliance sector with China closing its doors to our exported waste and a damning report by the National Audit Office on the PRN system. 2018 finally ended with the publication of the long-awaited Resources and Waste Strategy by Defra.

Whilst the proposed changes to the producer responsibility system outlined in the government strategy are wide-ranging and seek to comprehensively overhaul the system, they will inevitably take several years to come to fruition. This is why Ecosurety is acting now, working with members, recyclers and other industry stakeholders to improve UK recycling today.

A wide variety of impactful projects

A wide variety of impactful projects feature in the report, including #LeedsByExample, the UK's biggest collaborative push to improve on-the-go recycling that was launched in partnership with Hubbub.

With over 30 partners taking part, the campaign is trialling a multitude of initiatives to increase capture of on-the-go packaging waste with a blueprint of the most successful being shared afterwards so that other cities can replicate the successes. The image below shows the coffee cups collected during the #LeedsByExample campaign being recycled by James Cropper Paper. 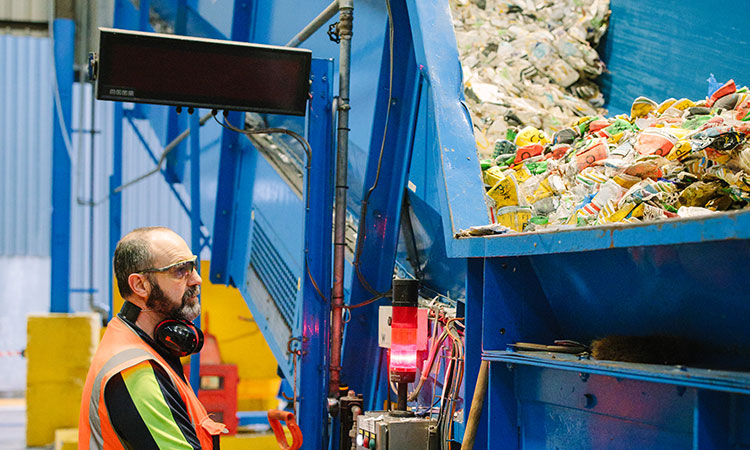 Other featured projects include the second edition of the #BringBackHeavyMetal battery recycling campaign, a consumer awareness video produced for Ribena, and business and infrastructure support for UK plastic recyclers.

Investments in innovative new UK recycling technology also feature, including the PolyMet project with Impact Solutions (pictured below) that seeks to remove colour from waste plastic to transform it into a high-value waste stream and the Recycling Technologies Plaxx® process that can recycle traditionally unrecyclable plastics, such as crisp packets and films. 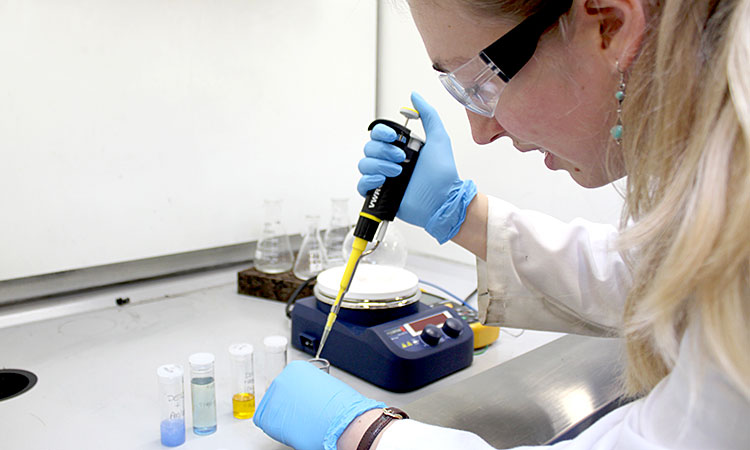 The report also details the impact that Ecosurety has achieved through collaborations across industry through its policy work, strategic impact meetings with members, thought leadership at industry events and support for the UK Plastics Pact.

The time to act is now

James Piper, CEO of Ecosurety commented "The legislative change that our industry so badly requires is now underway and will be essential in helping to build a recycling sector fit for the 21st Century. However, we firmly believe that action from business is required too and the time to act is now. Everyone stands to gain from improvements to our recycling sector and we are dedicated to instigating change.

As such we are immensely proud to release our second annual impact report that details the positive action we have been taking. If any producer, recycler or stakeholder thinks that we should be working with them as well to make a bigger impact on UK recycling, we strongly encourage them to get in touch with our team." 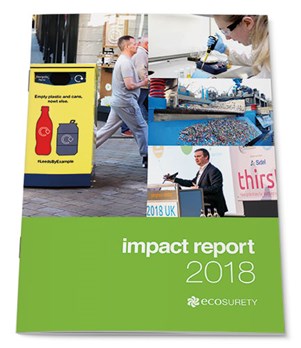 If you would like to discuss how Ecosurety could help your organisation make an impact on UK recycling too, please contact our team.