Today Swansea residents and visitors will see orange bins pop up across the city as the first coffee-cup recycling scheme in Wales launches, thanks to the #InTheLoop campaign.

The on-the-go recycling campaign, Swansea #InTheLoop, launched last month following on from the success of #LeedsByExample in 2018.

In addition to plastic bottles, cans and glass bottles, from today the Swansea community will now be able to recycle coffee and other paper cups on the street as part of the campaign to improve recycling outside of the home. The five-month pilot scheme launched in the city by environmental charity Hubbub in partnership with Swansea City Council, financially supported by Ecosurety.

Six cup bins are now in place, along Oxford Street and in Swansea Market with a total of 11 planned to be installed across the city centre by the end of the year. The coffee cups collected will be recycled at James Cropper Mill in Cumbria and turned into a range of paper products. 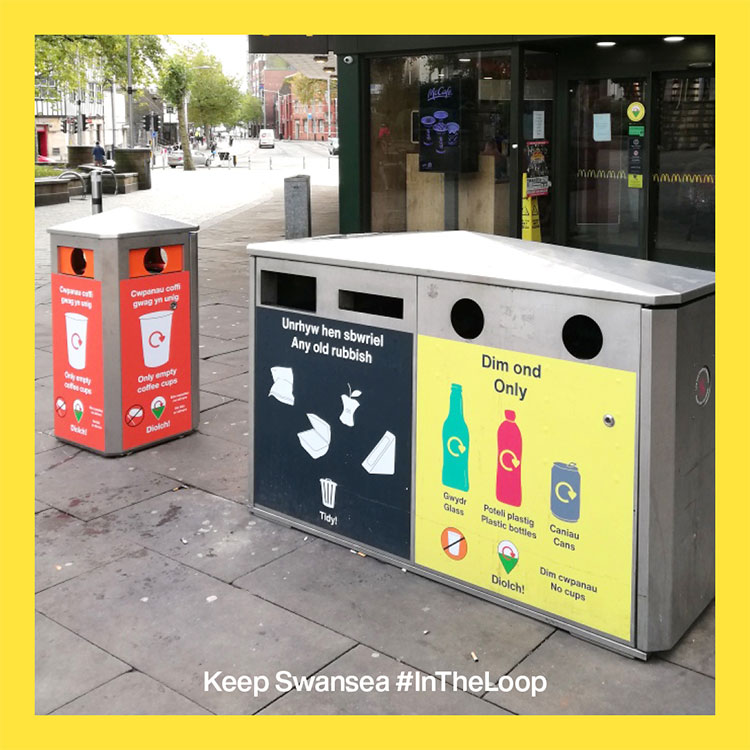 The #InTheLoop campaign is being supported by local partners, who collaboratively have made the initiative possible. As well as Swansea City Council, these include the Environment Centre, Swansea University and Keep Wales Tidy – pioneers of the Love Wales recycling initiative.

A fantastic way to trial collections

Philip McDonnell, Manager of the Environment Centre, Swansea commented “We think that trialing new ways of recycling at the same time as reducing waste and single use items is important. There is sometimes confusion over coffee and paper cup recycling, the public know they can be recycled but don’t always realise they need their own separate collections."

"Trying out new orange bins in the city centre and inside Swansea Market is a fantastic way to see how these collections could work.

Cllr Mark Thomas, Cabinet Member for Environment & Infrastructure Management at Swansea Council, commented “Recycling does not involve only recycling household waste in your own home. Clearly people consume items on the move while they are out and about. Up until now coffee cups could be recycled in a number of coffee shops in Swansea but these new bright orange bins on the street will make it that bit easier for people to do the right thing."

"To ensure that we can maximise the amount of material we can recycle, we’d ask people who use the bins to make sure that the cups are empty and that stirrers and lids are put in the non-recyclable waste bins”

Gavin Ellis from Hubbub commented “Whilst we’d always encourage people to use a reusable cup in the first instance, we are delighted that members of the public in Swansea can now recycle their coffee cups on the go.”

Captivate members of the public

Last month an art installation of a giant wave made of recycled plastics was unveiled by South Wales eco-artist Wren Miller, to captivate members of the public and further raise awareness of the issue. The Wave has been seen around the city centre and will soon make an appearance at the Waterfront Museum for the annual Green Fayre. 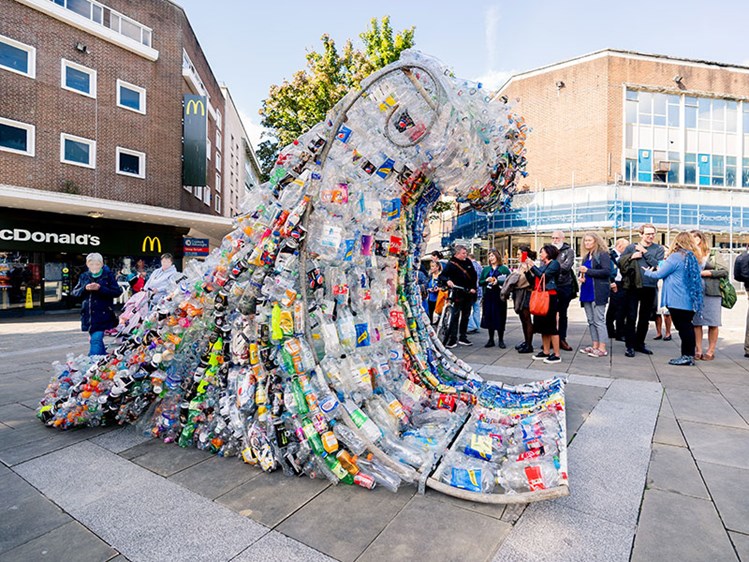 Earlier this month Our Edinburgh #InTheLoop launched as the third city in the initiative after Leeds and Swansea, bringing on-the-go recycling to the city for the first time.

To find out more about the #InTheLoop campaign, or how you can help support it, please contact our team.