Launched at the end of October, Telford and Wrekin becomes the sixth area to benefit from the campaign

#InTheLoop is a collaborative project that has its roots in the 2018 #LeedsByExample campaign that saw Ecosurety and Hubbub bring together an unprecedented coalition of major UK producers, recyclers, local businesses and a local authority to improve on-the-go recycling for consumers.

The campaign was needed due to the fact that under half of local authorities have on-the-go recycling facilities and only 4 in 10 people recycle on the go, resulting in eight billion drinks containers being landfilled, incinerated or littered that should have been recycled.

The key learns, recommendations and successes of the project in Leeds were openly shared and helped to shape the launch of the ongoing #InTheLoop campaign, a collaborative project led by Hubbub and supported by Ecosurety across new locations in the UK.

Improve the recycling of single-use materials

So far, this effective collaborative approach has helped to improve the recycling of common single-use food and drink materials, including plastic bottles, cans and coffee cups, outside of the home in Leeds, Swansea, Edinburgh, Dublin and Wimbledon. Each iteration of the campaign in a new location has helped to further inform the shared best practice and refine the interventions further.

Interventions including new bins, signage and public engagement activities will be tested and refined to help build further the on-the-go recycling template that can be adopted across the UK.

The partnership that made Telford and Wrekin #InTheLoop possible is thanks to support from a coalition of funders including Bunzl, Coca-Cola, Costa, Danone, Ecosurety, Highland Spring Group, Innocent, Nestlé and Starbucks.

Bring stakeholders and competitors together

Marketing manager Stephanie Housty commented “We have proudly supported this push to bring stakeholders and competitors together to help improve the common and significant issues associated with on-the-go recycling, ever since its inception in Leeds.”

“Now, four years later we are thrilled to support yet another location, to not only benefit from the #InTheLoop campaign but to actively contribute more unique insights that will help inform and strengthen the shared learnings even further.” 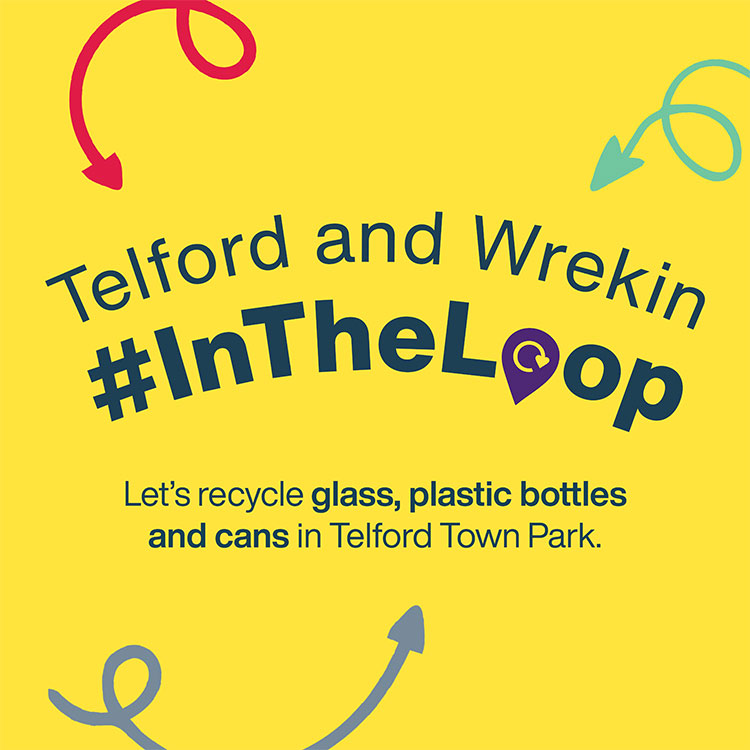 If you would like to find out more about being involved with the #InTheLoop campaign, please contact our team.