The three pilot projects to tackle on-the-go waste in Leeds, Swansea and Edinburgh have collected and recycled 2.1 million cans, plastic and glass bottles and coffee cups.

On-the-go waste continues to be a significant problem for authorities across the country. Every year in the UK we use an estimated total of 25 billion plastic bottles, cans and coffee cups. Of these around 11 billion don’t get recycled, meaning they go to waste - that works out at about 8,000 every minute.

The on-the-go recycling trials were launched in 2018 and 2019 by environmental charity Hubbub in partnership with Ecosurety, local councils, local delivery partners and measurement and evaluation experts in each of the cities.

The projects improved on-street recycling facilities by providing bright, easy to use bins that were strategically positioned on the streets, alongside clear and consistent communications campaigns and eye-catching art installations to inspire recycling and improve contamination rates.

Instigated by Ecosurety and Hubbub, a collaborative solution to this problem was first tried and tested in Leeds for 12 months with the iconic #LeedsByExample campaign, which launched in October 2018. The Swansea six-month trial followed in September 2019 under the new brand of #InTheLoop, followed by Edinburgh for six months from October 2019.

Today the full impact reports for both Swansea #InTheLoop and Edinburgh #InTheLoop have been released (downloadable by clicking the reports below), and it has also been announced that two further trials in Wolverhampton and a London Borough will launch in 2021. 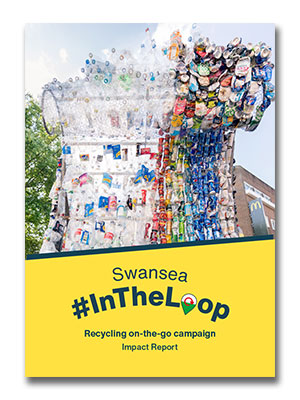 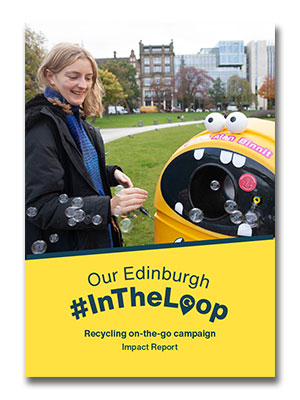 Marketing manager at Ecosurety, Stephanie Housty, commented "It is immensely satisfying to see the collective impact and invaluable learnings that these unprecedented, cross-industry collaborations have realised."

"From instigating the #LeedsByExample campaign with Hubbub back in 2018, through to the continued expansion to new cities across the UK, we are thrilled that this on-the-go recycling campaign continues to grow, helping to reveal even more real-world insights to improve recycling."

"The fact that the key learnings and easy-to-implement improvements can all be shared with other local authorities is truly impactful." 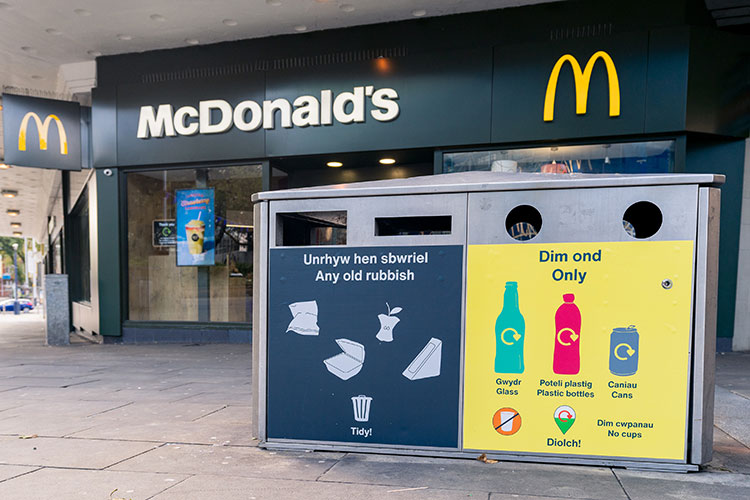 Gavin Ellis, Co-founder and Director of Hubbub commented “We’ve been really pleased with how the trials have gone in Leeds, Edinburgh and Swansea. Together, they’ve helped us identify the ingredients for successful on-the-go recycling - increasing recycling points, creating stand out bins and making it easy for people to do the right thing. A strong collaboration of committed local partners and cost-effective systems that are viable in the long term have also been key to the campaigns’ success.

“The 2.1 million materials we’ve recycled in the trial stages have saved the CO2 equivalent of taking 78 return flights from London Heathrow to New York. Imagine what more we could do with more councils on board! We’d really like to hear from other local authorities keen to tackle these issues.”

Cllr Mark Thomas, Cabinet Member for Environment & Infrastructure Management at Swansea Council commented “I am really pleased to see the positive outcomes of Swansea #InTheLoop, the increase in recycling rates and the raised awareness of Swansea residents on the importance of recycling."

"The campaign successfully captured the imagination of the public and secured the support of many of our local businesses. Swansea City Council will maintain and build on the scheme in the future.”