#LeedsByExample one month on – what we’ve learnt so far

The UK’s biggest collaborative push to improve on-the-go recycling is now one month into a six-month run and the results so far are being closely monitored.

The #LeedsByExample campaign is backed by over 20 major brands and has seen a whole raft of measures deployed across the city of Leeds, from new on-street recycle bins and recycle reward machines to public awareness installations and two burping bubble blowing bins called Alan and Gordon Binnit.

Whilst the campaign is still in its infancy, the results so far are being closely tracked so that tweaks and improvements can be made to improve the success of the various initiatives. At the end of the six months the results will help to reveal the best way to improve on-the-go recycling in other cities.

To accurately monitor the performance of the campaign the waste management firms have been recording recycling bin contamination. Members of our team have also hit the streets of Leeds to survey and observe members of the public as they dispose of their food and drink packaging waste. Here’s what we’ve discovered so far. 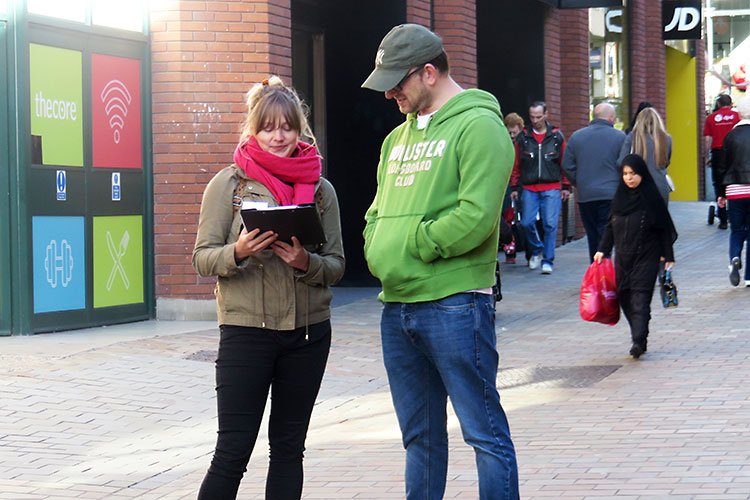 The primary problem with on-street recycling bins is contamination. A bin full of plastic that has been contaminated by a couple of people with food waste and non-recyclables, for example, may no longer be of high enough quality for recyclers.

We introduced 22 new recycling bins in the city centre of Leeds where none previously existed, all adorned with clear messaging about what should be deposited in them. By the end of the first month the contamination rate for these new recycling bins was just 22%. A great start, but clearly there is still plenty of work to be done to reduce this further and the aim to is bring the contamination level consistently below 20%. 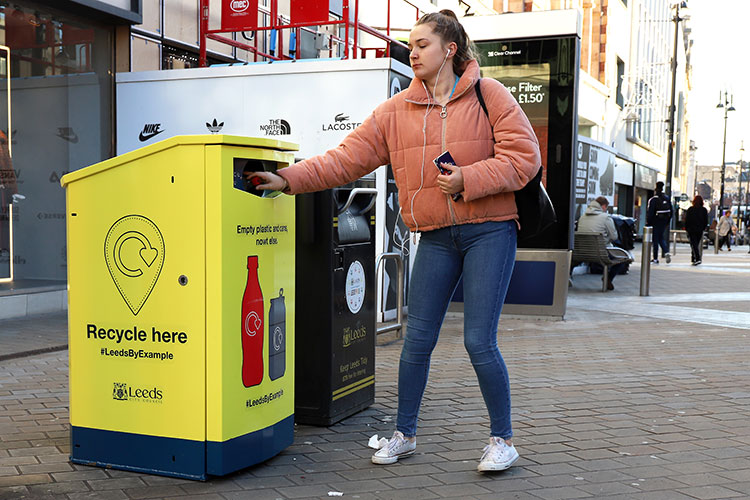 A great example is coffee cup waste. 11% of the contamination of recycling bins was caused by coffee cups. Residual liquid is also causing an issue. To help crack this problem, coffee cup bins will be appearing next to recycling bins and a bespoke bin is in the pipeline that can separately capture the lids and liquids, as well as the cups.

Information and transparency is key

When our team surveyed the population of Leeds we found that 42% of people were aware of the campaign. This result was made possible by the extensive social and media coverage that included a twitter reach of more than 2.9 million and 89 news stories.

On-street public awareness installations have also generated much interest and discussion, including a shipping container display and a public seating area made from recycled plastic bottles. 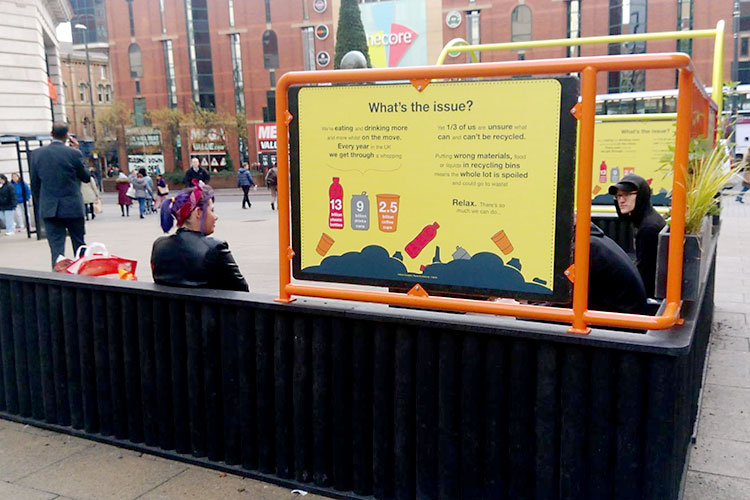 This is important. People are quite rightly angry at the impact of the plastic crisis on the planet and want assurances that what they think is being recycled, really is being recycled. The #LeedsByExample campaign goes further to highlight that the plastic, aluminium and coffee cups collected are being recycled as locally as possible.

Clearly transparency is key when engaging the general public, who will be more likely to recycle correctly when they are fully informed about how their waste is handled.

The campaign is trialling recycling reward machines that print out a money-off voucher to be used in local shops when a plastic bottle, coffee cup or can is inserted. These are proving to be really popular with one machine located in a shopping center collecting more than 800 plastic bottles in just 10 days. 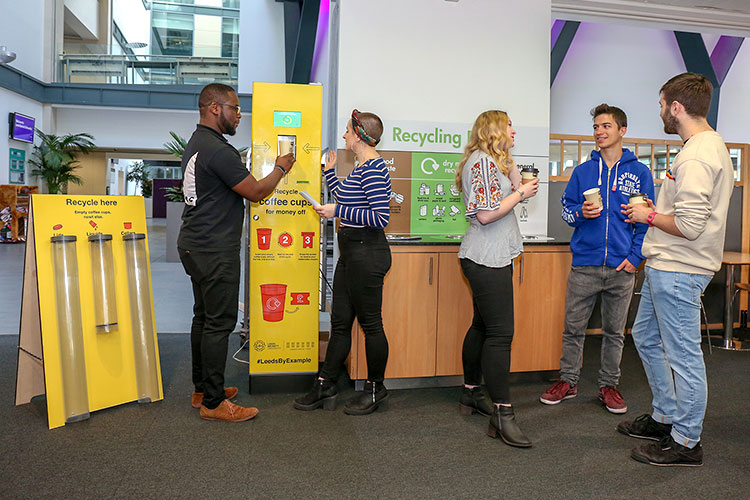 The campaign is testing different rewards from the machines and a new initiative is now being trialled that donates 10p towards a local homeless charity for every bottle, can or cup recycled.

To get up to speed with the campaign you can also watch this great video by Hubbub that explains the issues behind the problem of on-the-go recycling.

The campaign is due to end in March 2019, and later next year we will be openly sharing the results so that any other city can replicate the successes. In the meantime, with our partner Hubbub we will continue to hone the various initiatives and share results as and when they come in.

You can read more here from our managing director James about why Ecosurety has taken a stand to improve on-the-go recycling.

If you’d like to find out more about how your organisation can take part in the campaign, please contact us.